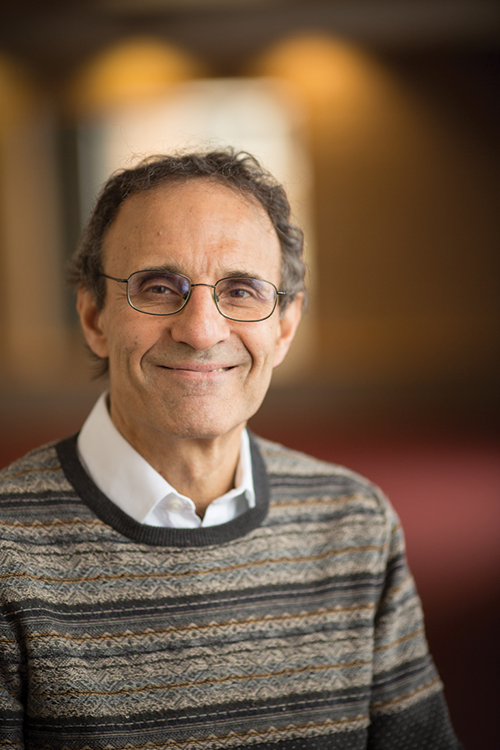 Commissioned by the Emory Chamber Music Society of Atlanta, Salerni’s composition was performed as part of Emory’s yearlong series of events on the theme of creation stories. Salerni says this composition is a departure from his recent chamber music. Many of those pieces have featured a string quartet plus one or two other performers. The creation of this pure string quartet was new and more organic, developing naturally without a backstory to ignite inspiration, he says.

“The unique quality to this piece is that there is no extra musical idea. For the past 10 years, most of my compositions have had a starting point in an opera libretto, a ballet scenario or a set of poems. There has always been a story to tell. With this new string quartet, there’s no concrete story. This is abstract music. I’ve been able to hang my hat on someone else. This one had to come directly from me.

“Because of my positive experience writing string music with a Celtic flavor and my recent setting of some poems by Seamus Heaney, the Irish thing has been in my craw, so I started this new quartet with something jig-like. The original jig movement turned out not to be the beginning, but rather the second movement of the piece. From there I extrapolated the other movements.”

“G is one of the open strings on all the instruments in the quartet, and I like to write pieces in that key. A good place to start. The next movement that came along was in C. C is an open string on the viola and the violoncello. At that point, I realized I could write a piece where all the movements are in a key indicated by the open strings available in a string quartet. So I went back and wrote a prelude in D and eventually composed movements in A and in E.”

Salerni notes that the last time he wrote a pure string quartet was for his doctoral dissertation in 1979. Of the movements of that piece, only the first movement has been published and performed. Since that seemed like only half a quartet, he decided to name this new piece String Quartet 1.5. It is a fortuitous name for other reasons: Most quartets are four movements long, so a six-movement piece is really a quartet and a half, and a note 1.5 times higher in frequency than a base note is a fifth away—the interval that determines both the key structure and much of the moment-to-moment language of the quartet.