Mothers carry emaciated children, many unconscious or in comas, through the doors of the Botswana-Baylor Children’s Clinical Centre of Excellence. Bones jut starkly from their small, brown frames, their bodies ravaged by malnutrition—not because they lack food or loving parents, but because HIV/AIDS has hindered their bodies’ ability to metabolize nutrients. Those same children, within months of receiving anti-retroviral therapy at the clinic, transform into happy, plump, healthy kids. 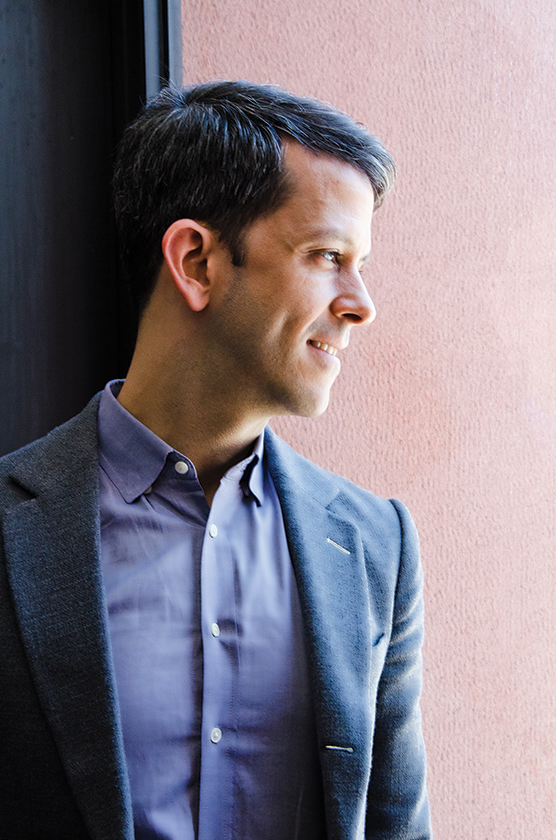 “They call it the Lazarus Effect, because it’s like they come back from the dead. It was amazing to see, and it had a huge impact on me,” says Peter Navario ’96, who witnessed the phenomenon in 2003 while working for the Baylor International Pediatric AIDS Initiative in Gaborone, Botswana. Before the clinic was built, children living with HIV in Botswana had no access to lifesaving anti-retroviral therapy.

“You can’t just have medicines; you also need infrastructure, trained health workers, reliable supply chains, supportive policies and engaged communities,” Navario says. “I’ve worked in 20 countries in sub-Saharan Africa, and the vast majority of the work has focused on building capacity to deliver care and treatment for people living with HIV.”

Such a simple goal—getting treatment to those who need it—proved to be a tremendously complex task that Navario has spent much of his career tackling.

Navario, who graduated from Lehigh with a bachelor’s degree, majoring in psychology and French, discovered his public health mission by saying “yes” to opportunity and following where passion and purpose collided. While preparing applications for graduate study in psychology, he accepted a job offer from the National Institutes of Health to draft clinical trials for anti-retroviral therapy in pediatric AIDS patients. The work stirred his passion for helping kids and revealed how public health can impact the lives of tens of thousands of people.

The experience inspired him to acquire a master of public health degree in global health from Yale University and, in 2003, to accept an offer to work with Baylor in Botswana. Through Baylor and later BroadReach Health Care, Navario spent six years establishing, monitoring and evaluating HIV/AIDS treatment programs throughout sub-Saharan Africa. Key accomplishments during that time included serving as chair of the Botswana Ministry of Health’s National HIV/AIDS Health Professional Training Committee and as lead evaluator of World Bank’s Treatment Access Programme in Burkina Faso.

He faced several challenges abroad, including competition for program resources and difficulty coordinating efforts with local governments, communities and other humanitarian organizations. He also had to embrace a complete paradigm shift.

“You’re not there as some Western savior telling them what you or others think they need, but rather to help local people respond to their self-identified needs,” Navario says.  “The people in these communities may not be resourced in the same way, but that doesn’t mean they’re not smart or capable. Quite often, the solutions to their problems actually exist in the communities.”

Humbled and enlightened, Navario learned to work with local communities and governments to discover what had been done before, why it didn’t work and what they might try differently next time. It’s an approach he continues to this day.

“Peter doesn’t make a big splash when he starts something new. He’s not looking for stardom, but rather what he can contribute, what value he can add and what he can learn,” says Roger Phillips, former Lehigh psychology professor and Navario’s friend of 15 years. “It just warms my heart to see him so engaged, productive and successful.”

During his years in the field, Navario noted the role health economists had begun to play in the global HIV/AIDS response, helping to frame HIV as a political and economic imperative and not just a public health issue.  “Their role was transformational, as it provided a more effective way to communicate the importance of HIV in societies across the continent to the folks who really make the decisions: ministers of finance and politicians. They talked about what it would cost to prevent new infections, the cost to roll out treatment and the cost you’d incur if you didn’t do that,” Navario says. “Putting dollar figures on program and policy responses had a dramatic impact that sparked my interest in health policy and applied economics.” So he contacted Nicoli Nattrass, economics professor and director of the AIDS and Society Research Unit at the University of Cape Town (UCT) in South Africa, to discuss the need for economic data comparing different systems for providing anti-retroviral treatment in Africa. He inquired whether data from a pilot program he was monitoring could be used as part of a larger study.

“I thought it was a brilliant idea, so he enrolled at UCT to work on the study for his Ph.D.,” says Nattrass, who served as Navario’s adviser while he pursued his doctorate in health economics. “Not only did he produce an exceptional study, with important policy implications, but he did so in record time—while continuing to work. I have never met anyone as capable as Peter of doing several jobs at the same time, and all of them well.”

Back in the United States

Navario returned stateside in 2008 to serve as a global health fellow at the Council of Foreign Relations, where he worked to advance the policy dialogue around scaling up access to HIV/AIDS treatment in sub-Saharan Africa. The work included facilitating strategic discussions with leaders from a variety of organizations, including the Joint United Nations HIV/AIDS Program (UNAIDS). His work with UNAIDS ultimately led to a post in its New York office, where he held technical advisory roles on various initiatives, including the UN Task Team on the Post-2015 Development Agenda and Open Working Group on the Sustainable Development Goals, the 2011 UN General Assembly High Level Meeting on HIV and the UN Secretary General’s Global Strategy on Women’s and Children’s Health.

Last year, Navario took on a new role as executive director of HealthRight International, a global health organization dedicated to improving the health of marginalized populations around the world. HealthRight recently partnered with New York University (NYU) to collaborate on high-impact global health programming and research, training opportunities for future public health leaders and thought leadership. In addition to his executive director role, Navario serves as associate research professor and director of global health strategy at NYU’s Global Institute of Public Health. Although some workdays end as late as 11 p.m., Navario thrives on the variety and significance of the work.

“If you asked me a year ago to describe my ideal job, I’d say: I’d love to do some teaching, research and policy work, all while having a closer connection with what’s happening in the field and the opportunity to craft new programs that improve the health of populations around the world. Incredibly, that’s the job I now have.”