Kashi Johnson was in third grade when adults around her predicted hip-hop wouldn’t last, claiming it was just another fad like disco. Johnson, however, fell in love with the art form. Her journey with hip-hop has paid off, providing a tangible means of applying her passion 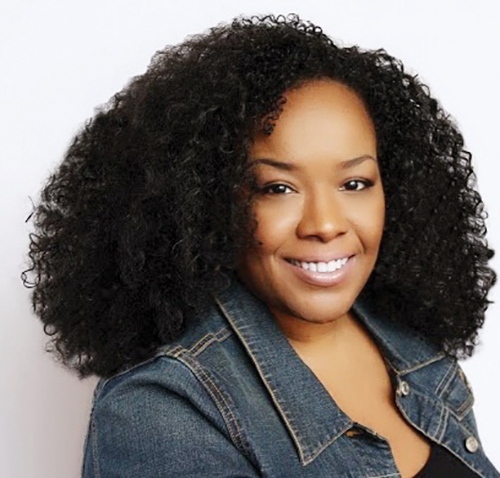 for the art form to her pedagogy, as hip-hop impacts everything from fashion to music, art, dance, and theater. Hip-hop culture has now become a global phenomenon.

Johnson, an actress, director, and poet participated in Blackademics Television, Feb. 10-11 in Austin, Tex., where she was invited to present on her hip-hop theater course ‘Act Like You Know.’ She also shared the pedagogy of her research, the history of her course, the climate of diversity the course embraced, performed excerpts of  her students’ spoken word poetry, her connections to hip-hop culture, and the current success of the class.

Growing up in Queens, NY, Johnson was influenced by the hip-hop culture. It has provided a voice for people who feel like they do not have one.

“My connection to hip-hop is very strong because it helped me find my footing personally and gave me the confidence to recognize that what I have to say matters. Hip Hop is my first love and theater is my passion, so it was no brainer to try and marry these two interests together,” said Johnson, associate professor of theatre.

One of Johnson’s inspirations for using hip-hop in the classroom stemmed from world-renowned actor, writer, director and founder of the New York City Hip-Hop Theater Festival, Danny Hoch. Upon meeting him when Hoch was an artist in residence at Lehigh, Johnson realized she was surrounded by abundant resources to take part in the hip-hop theater genre.

“As the classic Hip Hop line goes, ‘It ain’t where you’re from, it’s where you’re at’ and what you’re going to do while you’re there,” she said.

10 years later, Johnson’s hip h¬¬op theater class Act Like You Know is popular among students. They are encouraged to learn about hip hop by doing, rather than sitting and talking. Johnson is now supplementing student learning with several Hip Hop artists to teach about the foundational elements of hip-hop.  A DJ, Breakdeancer,  graffiti artist and professional internationally acclaimed MC, will complete a week-long residency with her class. She said she recognizes that while she can teach her students about certain aspects of hip-hop, they would learn the most from professionals.

“Hip hop is about self expression so there’s no right or wrong, it’s just a willingness to try and to find your voice in the process,” Johnson said.

Johnson said she met several wonderful scholars in Texas who continued to validate and affirm that fact that her work is both exciting and necessary. The program was taped in front of a live audience and will air on the Austin public broadcasting system station KLRU. It will also be featured on the Blackademics website and KLRU.org

Johnson has also received a Humanities Center grant to host the Inter(Play) Hip Hop Symposium on Identity, Pedagogy & Performance co-sponsored with other Lehigh departments and programs. Hip-hop scholars, Lehigh faculty, alumni, students and invited guests will convene for a three-day symposium to investigate, discuss and celebrate hip-hop’s interdisciplinarity. She also envisions a digital archive of her work and start a book-writing project to put it all together.

“I love the work I do and I want to share it with the world. There are all kinds of examples of engaged, culturally responsive teaching happening all around the country, some of it, right here at Lehigh University, and I feel like its my job to let people know.”