Understanding overseas political affairs, particularly in the Middle East, can often seem like reading tea leaves. Countries are divided internally, factions contend for command, and competition for power between military and civilian governments continue to feed conflict. In a world of the 24-hour news cycle, most Americans only see and hear of the surface work done behind the scenes in international politics. Henri Barkey has a perspective few bring to the discussion, a viewpoint garnered by decades of experience both in academe and the United States State Department. 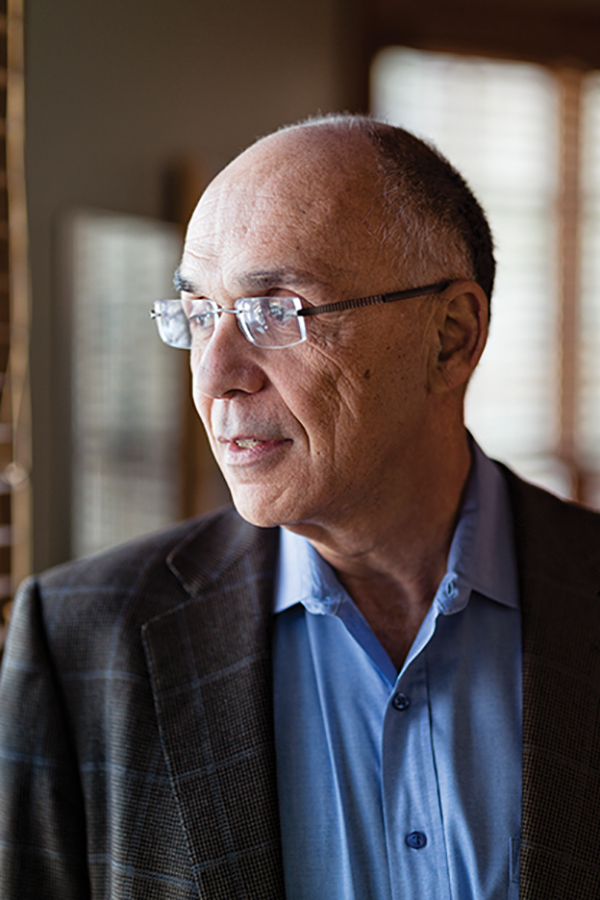 Barkey, Bernard L. and Bertha F. Cohen Professor and chair of international relations, has spent the last year on leave laying the groundwork for a book exploring and analyzing how militaries withdraw from politics after assuming control in a country. Though a military government may not be seen formally running a country, officers informally stay in power through behindthe- scenes influence, he says.

His book will contain case studies, including Turkey and Argentina, and will be looking at the lessons learned and how they apply in other places like Egypt. In some ways militaries are their own worst enemies, he adds. They tend to makemistakes because they do not understand politics. Those mistakes are the ones that ultimately cause them to leave power and lose legitimacy.

“The trick is to see not only how they formally leave power, but also how civilians reduce their informal power,” says Barkey. “That is far more difficult to ascertain, far more difficult to see, in an analytical way because the military works behind the scenes, even when they are not formally in power, by influencing government officials, elected officials, the judiciary, academia, and the media.”

“Where the military as an institution has assumed a great deal of power, it is exercised not just along traditional political lines, but also along other societal concerns be they in the economic and social policy arenas and even cultural realms. In the process they create networks of influence that continue to exist and play an active role way after the generals have given up on the direct instruments of governance. So the question is how do you civilianize, really civilianize? Putting the military back in the barracks like they are in Western Europe or the United States and restrict their influence to predominantly military questions is harder than one thinks.”

In Argentina, the military was very influential, but has been out of power since 1983. In Turkey, Barkey says the military has acted as self-appointed guardians of society. Their influence has waned recently under President Recep Tayyip Erdogan. In both cases, the generals had assumed power with a great deal of public support. Barkey says it’s not clear whether the generals are just being quiet or have lost their power permanently.

“That’s the interesting question,” he says. “I’m not sure, but I don’t think the dragon has been slayed.”

The trick is to see not only how they formally leave power, but also how civilians reduce their informal power.

“It was a terrific opportunity,” he says. “Unless you have spent time in the belly of the beast you don’t really understand how the beast works. Having experience inside is critical in terms of understanding how certain decisions are made. It’s amazing how much I learned during that time.”

With his broad background in international politics, Barkey’s views are often sought, especially in his areas of expertise—Turkey, Greece, and the Middle East. His commentary pieces have appeared in some of the nation’s top media outlets, such as The Washington Post, The Los Angeles Times, Foreign Affairs, The National Interest, and The American Interest. Given his considerable teaching and traveling load, why is Barkey so active publishing opinion pieces?

“I like to participate in the olicy debate,” he says. “Opinion pieces are quick and are designed to interject one’s ideas at the right moment when there is a debate over specific issues. This may be U.S. policy vis a vis Syria or Pakistan or Venezuela. The idea should always be to enter a debate either by reinforcing a side or suggesting new ways of thinking. In government, while long pieces are written, much of the debate takes place over short memos that then get disseminated, discussed and then expanded into full blown discussion pieces. ”

At Lehigh, Barkey has taught courses on the Iraq war and the international politics of oil, among other subjects. But his research often has him traveling overseas, quite often to Turkey. During these trips, Barkey meets with government officials, journalists, and academics to remain in touch with Turkish politics.

“The Turkish press is in such bad shape that you can’t believe anything they write,” he says. “You need to actually talk to people and you really need to go and go back frequently.”

Barkey has deep roots in Turkey. He is the descendant of Sephardic Jews forced from Spain during The Inquisition who landed in the Ottoman Empire. His parents were educated in French schools in Turkey. He grew up in Istanbul and remembers his mother turning on the BBC international news as a child. By fifth grade, he says, he was fascinated by the French Revolution.

“My parents talked a lot about international politics at home,” he says. “I was interested in international relations as far back as I can remember.” Barkey’s lifelong interests immerse him in the world’s powder keg, the Middle East. To him, Iraq remains the most important place there and ISIS the biggest threat. One of hisinterests in Iraq is the American University of Iraq, Sulaimani. A brand new institution created in northern Iraq with exact same principles and ideals of American university tradition. He serves on the Board of Trustees of the university and chairs its Academic Committee.

“The war in Iraq ended disastrously, but Iraq is still far too important to the United States and to the Middle East,” he says. “The threat of ISIS is very serious. I think the Obama administration made huge mistakes in Iraq, ignored the impact of the Syrian conflict on the neighborhood and failed to understand the internal dysfunction of the Iraqi system. Instead it appeared as if it consented to selfdefeating policies of the Iraq government. Now the U.S. is solely focused on helping the Iraqi forces push ISIS back. This is not going to be easy. Iraq and not Syria has to be the focus because in the latter case there really is no one to work with. But in Iraq, it can be done.” ‹Previous
Bringing Health to the Hurting
Next ›
Shifting the Scales