Skip to main content
Sufism and the Web
Religion Studies
By Robert Nichols
As an Islamicist and a South Asianist, Rob Rozehnal has focused on the history and practice of Islam within Pakistan and India, with a particular emphasis on Islamic mysticism (Sufism). His research has recently taken a new path, exploring Cyberspace as an alternative 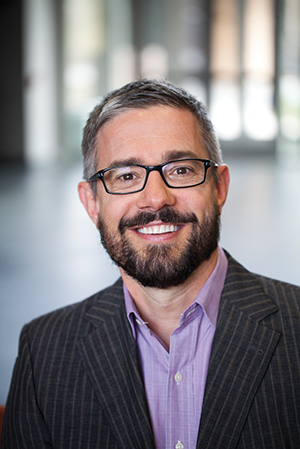 platform for communication, identity politics and community building among diverse groups of American Muslims.
Supported by a New Directions Fellowship, Rozehnal's current project charts the theological, geographical and cultural diversity of four prominent Sufi orders in the United States. He examines these prominent Sufi communities to document how the current generation of American Muslims uses the Internet to expand networks, rethink tradition and refashion identity. These traditional Sufi orders have long histories outside the US and now are rooting themselves within the American immigrant landscape. Each has a very different history, particular dynamics and a distinct approach to how they employ Cyberspace, he says.
“While there has been some research on Cyber-Islam and especially the Internet usage of extremist jihadi networks, the growing Web presence of Sufi communities has received little scholarly attention,” says Rozehnal, associate professor of religion studies and director of Lehigh’s Center for Global Islamic Studies. “There is a rapidly expanding literature on digitial religion.  This work is coming out of communications and media studies, cultural anthropology, and religion studies.”
Rozehnal sees Sufi web pages as alternative forms of religious texts and a novel platform for religious experience.  “Webpages are, by nature, complex.  They are fluid. They are visual and auditory. They are hyperlinked. These things are always changing. A web page is put up and six months later you go back and it’s totally transformed.  Despite this transience, the technology is ubiquitous.  Like the printing press once did, the Internet is reshaping religious life in the 21st century.”
Rozehnal hopes his research will provide both scholars with new perspectives on how web pages operate as religious texts and sacred spaces for American Muslims in the digital age.
“In many ways, Cyberspace represents a profound challenge to these Muslim groups,” he says. “Traditionally, Sufism is all about a personal connection with a spiritual teacher. In the absence of that direct, face-to-face connection ‘on the ground’, is it possible to create a vital religious community online? Are chat rooms useful for spiritual learning? Can a Web page ever replace that one-to-one connection with a spiritual master? Can you have a virtual Shaykh? If you are physically unable to travel, can you participate in a virtual Hajj, the pilgrimage to Mecca? As digital technologies continue to evolve can Cyber environments become real places for conversation, for social interaction or for religious practice?  These are the kinds of questions that intrigue me.”
In the past year, Rozehnal has presented this research in several national and international conferences.  His work will culminate in a book entitled, Cyber Sufis: Virtual Expressions of the American Muslim Experience.  In addition, he plans to develop several new Lehigh courses that will explore these themes.
Research
& Creative Briefs
Fall 2015
- Collapse