Jeremy Littau is a former journalist, and an associate professor in the Department of Journalism and Communication. He specializes in digital media, and is an influential commentator on the business and practice of contemporary journalism. Acumen spoke with Littau about the challenges facing journalism today.

Acumen: As an opening example, what happened with the recent demise of the sports and more website Deadspin? The editors and writers at Deadspin walked out rather than follow the restrictive directives of the new management, an act you called “metal as hell.”
Littau: Deadspin was a part of Gawker media, which went out of business as a result of the Hulk Hogan sex tape lawsuit. That set up a series of dominoes that destabilized the whole operation and led to the sale of the Gawker properties to Univision. This took Deadspin out of the hands of an owner who had carefully cultivated an independent voice and brand. Then it was sold to Great Hill Partners, a hedge fund. Hedge funds are terrible for the business of journalism if you care about independence and speaking truth to power. They swoop in and buy up properties for pennies on the dollar, strip them for parts and close shop. And that’s what happened at Deadspin. The voice is gone and you can’t replace that. 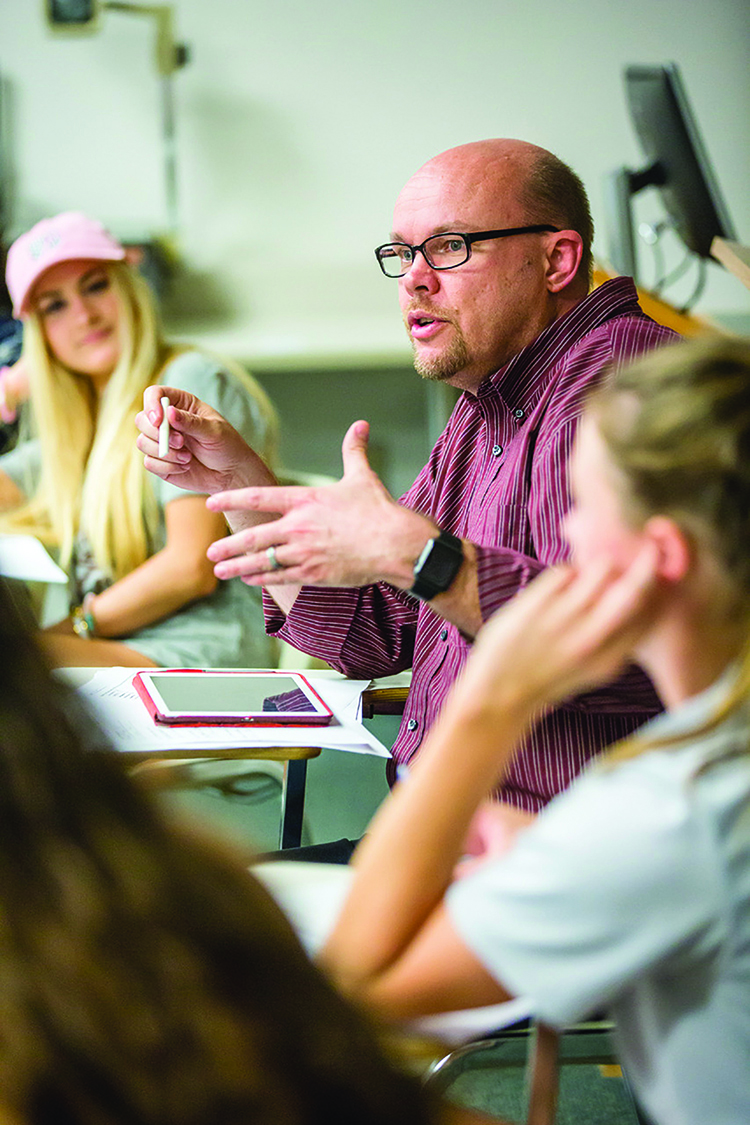 Acumen: You described the decline of legacy journalism as a numbers game, as media organizations run into problems when they try to scale up. How does that happen?
Littau: Scale makes sense if you have no meaningful competition. Pre-internet, if you are in a small town in Missouri, for example, you can control the market. When you’re at scale, you’re doing everything and you’re competing with everyone across the country. The tertiary things that papers have always done—car reviews and crossword puzzles—get picked away by free websites and apps. So the value proposition for a local media outlet becomes quite small, but you still have these newspapers with overly leveraged debt from the buying sprees in the 1980s, and they need scale to pay that off. They’re in a catch-22 and it’s difficult for them to survive this environment.

Acumen: What makes local journalism important, and why should people care?
Littau: I tell my students that local government and local centers of power are where a lot of the corruption is. We tend to over-focus as a society on Washington because it’s a faraway place. It’s an abstraction to us, and it makes sense to shake our fist at the people in D.C. But we sometimes do that at the expense of paying attention to what's happening on the ground in our own communities. The most insidious, blatant corruption tends to happen right at the local level, and it takes a local news organization to be able to see that. The New York Times is not coming to save us.

Acumen: If you could recommend one thing that interested readers could do to strengthen local journalism in their area, what would it be?
Littau: As legacy media dies, a lot of what replaces it will look like journalism but not act like it, so we need to be smart about what good journalism is: a discipline rooted around the values of truth, independence and verification of everything we print. A year ago I would have told you subscribe to your local newspaper, but with the news last week of the big media mergers, I think they are on their last legs. In the long term, there are going to be things that spring up in place of the dying newspaper companies. If there is an entrepreneurial effort that is trying to fill that gap, that is where our money needs to be. If you see a startup that’s covering something that matters to you and is rooted in those things that define journalism, then figure out ways to support them.

Editor’s note: This interview has been edited for length and clarity.