You can easily say that John Franchini ’92 has an appreciation of our broad world.  His interest in exploring countries and cultures across the globe began during his days at Lehigh University and has continued throughout his career.

Franchini, a partner at Milbank, serves as the Practice Group Leader for the Global Corporate Group in New York and is also a member of the firm’s Private Equity, Power and Energy and Latin American Practice Groups.  He was a resident in Milbank’s Tokyo office in 2000 and 2001 as an associate at the Firm.

Franchini, who grew up in Connecticut, always had a lot of different interests and had no certain career path when he entered Lehigh.  He was open to exploring what he wanted to do. 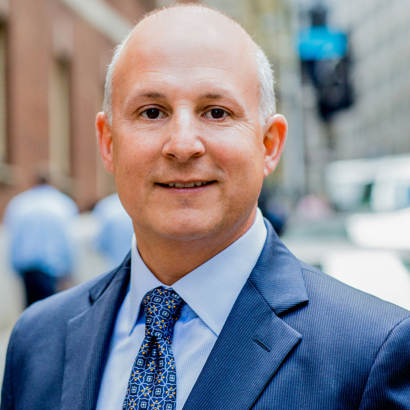 “In selecting a major, Arts & Sciences offered me the opportunity to learn and experience different subject matters through liberal arts courses,”  Franchini explained “I took a lot of classes as a sociology major, and strongly believe it has benefitted my understanding of various groups of people and, by extension, various cultures.”

One of his most memorable classes was Law 101, which was taught by Professor Emeritus Perry Zirkel, former dean of the College of Education and more recently, the Iacocca Chair in Education for its five-year term.  “This was one of my most challenging classes, but also one of the most interesting,” Franchini said.  “Professor Zirkel’s method of teaching and learning sparked an interest that was pivotal in my decision to pursue a career in law.  I liked the way he taught us to think and express ourselves”

Franchini’s interest in the law was combined with his interest in International Relations.  This was in large part through his International Relations classes with Professor Zdenek Slouka. Professor Slouka was a childhood friend of Vaclav Havel, a dissident writer who was imprisoned in Czechoslovakia for his outspoken positions against the communist regime.  Professor Slouka smuggled Havel’s writings out of Czechoslovakia to London for publication, which ultimately led to Havel becoming president following the fall of communism.

Slouka and Havel became lifelong friends.  Years later while Franchini was at Lehigh, Slouka invited Havel, then president of the Czech Republic, to Lehigh where Franchini was able to meet him.  “After hearing all about President Havel and what my professor was doing to help get his writings published, meeting him was undoubtedly one of the highlights of my college experience.”  This meeting would plant the seed for something Franchini pursued years later when in Law School.

Also while at Lehigh, in the summer of 1990, Franchini studied abroad with Lehigh in Leysin, Switzerland.  “I remember starting class high in the mountains early in the morning with the clouds below us, and watching the clouds rise above us throughout the day.  It was incredible.”  Franchini was able to do a lot of traveling that summer from his base in Switzerland, further opening his eyes to the world around him.

There are so many good schools and Lehigh is one of them. There is so much positive energy at the university, and in my opinion, Lehigh University is on a significant trajectory for continued excellence and growth.

Following graduation, Franchini then enrolled at Fordham Law School in New York.  “After my first year of Law School I was afforded the opportunity to go back to the Czech Republic to study the transformation of the Czech economy from a communist system to a private market system.”  Franchini was able to do this through a bespoke program he created with the World Bank and an international law firm, and the generosity of the MCI International Law scholarship.   “While living in Prague to study privatization, I learned a great deal about the Czech people  and their economy, and I was able to see President Havel again.  This opportunity was all sparked by my meeting with President Havel while at Lehigh.”

Throughout Law School, Franchini also held internships at the United Nations, The World Bank and European Union and served as an editor of the Fordham Law Review.

Following law school, he started his career as a Wall Street lawyer, where he is now a partner.  As a global corporate lawyer, Franchini represents financial sponsors, sovereign wealth funds and others in cross border investment transactions.  “I spend a lot of time on transactions involving power, energy and infrastructure assets, such as roads, ports, airports, wind and solar power projects and natural gas projects.  I love the cross-border nature of my work, and enjoy doing deals with people from all over the globe.”

His most recent transactions have involved large scale wind, solar and geothermal projects in the U.S. and Latin America, South American power distribution assets, a toll road in Mexico, an airport in Canada and a global telecom system involving Asia-based investors.

Active with the alumni group at Lehigh, Franchini is chair of the College of Arts and Sciences Dean’s Advisory Council which meets twice a year with the dean on campus. “I also enjoy meeting with students who have studied abroad to learn about their experiences,” he added.

Franchini would, without a doubt, recommend Lehigh to any student considering college.  “There are so many good schools and Lehigh is one of them.  There is so much positive energy at the university, and in my opinion, Lehigh University is on a significant trajectory for continued excellence and growth. It’s a really exciting time to be part of the Lehigh community, where there are so many great opportunities available for students, both domestically and abroad.”

Franchini lives in Pelham, New York with his wife Nicole, who is a second grade teacher in Scarsdale, and his two teenage sons Nicolas and Christopher.  He enjoys traveling, scuba diving and spending quality time with his family.  He is also active in various house building groups, including Appalachia Service Project and Habitat for Humanity.