Skip to main content
Hidden Seed
English
By Robert Nichols
The world premiere of the mixed-media play The Secret was affiliated with Festival UnBound.

Lehigh faculty, staff and students joined forces with community artists, officials and activists on a 10-day festival in October that examined how the Bethlehem community reinvented itself after the closing of Bethlehem Steel, and how it can create a culturally rich and diverse future.

“Festival UnBound,” like the similarly ambitious “Steelbound” event that took place in 1999, was organized by Touchstone Theatre (co-founded by  Bill George ’73).  “Festival UnBound” also served as the site for the premiere of Hidden Seed — Bethlehem’s Forgotten Utopia, a play authored by Seth Moglen.

Moglen’s play focuses on mid-18th century Bethlehem, as told by the ghosts of three of the city’s female founders: a formerly enslaved West African woman, a Native American woman and one of the original Moravian immigrants from Europe. 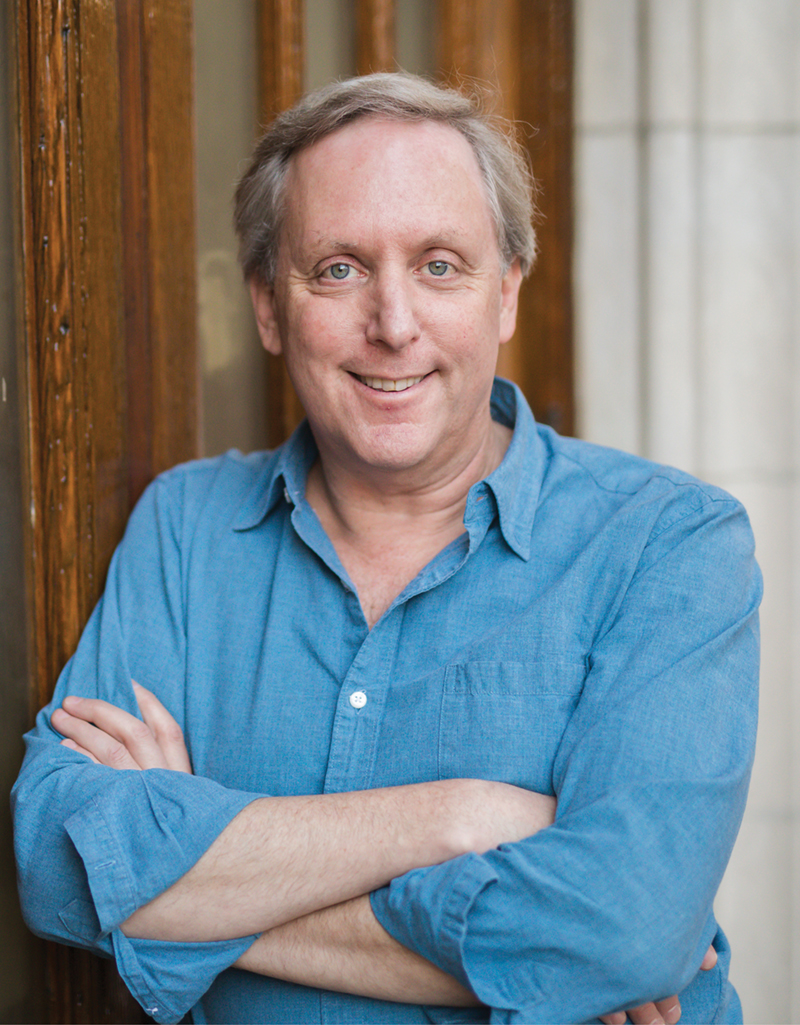 “The ghosts have come back because they feel how much fear there is in the city today,” says Moglen, professor of English, American Studies, and Africana Studies. “They feel how frightened we have become. Ninety percent of the children in the South Bethlehem public schools are living in poverty today. We have elderly folk living in destitution. Parents of every social and economic background are  concerned that their children won’t have a chance to succeed. The ghosts feel all this fear and they’ve come back to say ‘We built this city with loftier ideals in mind.  We had a better way of organizing our community and we think our story will help you.’  But they can’t share the founders’ egalitarian vision with today’s residents without also acknowledging painful truths about the past.”

Hidden Seed — Bethlehem’s Forgotten Utopia is derived from the first section of Moglen’s current book project, which describes the founding of a community by European peasants. Hidden Seed is an extension of his research project, a decade long effort examining Bethlehem from its founding in the 1740s to its post-industrial present.

George wanted to mount a production at the Single Sister’s House as part of Festival UnBound surrounding Moglen’s research. In collaboration with George, Moglen then spent the summer writing the script, a story as told by the three founders.

“In the first two decades, the Moravians built a racially integrated city that abolished poverty, shared wealth equally, emancipated women to be leaders, and provided free education, health care, child care, and elder care to all,” he says. “The ghosts have an urgent message for Bethlehem residents today, but in order to share that message, they must come to terms with painful truths about the city and their relationship to one another.”

“It’s important to understand that most of the European founders were peasants and artisans, who worked with their hands,” he says. “They walked away from feudal estates and they were committed to building a community based on the equal sharing of wealth. Everyone worked for the community and was cared for from the moment of birth to the moment of death. And because of their religious beliefs, the Moravians were invested in empowering women to be leaders. There was extraordinary economic equality, a commitment to gender symmetry, and Bethlehem was also one of the most racially integrated places in North America. The community was technologically advanced and economically successful.  These are extraordinary achievements.  But there’s a terrible paradox at the heart of our history.  In this remarkable city, which was one of the most egalitarian places in colonial America, most of the African brothers and sisters were enslaved. Despite the Moravians’ commitment to including Native Americans in the community, Bethlehem was built on land stolen from the Lenape people.”

After 20 years, this egalitarian experiment came to an end through a mandate from the European leaders of the international Moravian Church.

Melpomene Katakalos, associate professor of scenic design in Lehigh’s theatre department, designed the production, and Stephanie Powell-Watts, associate professor of English and critically acclaimed writer of both fiction and creative non-fiction, and senior Africana studies and history major Berto Sicard ’20 participated in a community dialogue about equality in Bethlehem after the play’s final performance.

The festival was dedicated to the memory of John Pettegrew, a beloved professor of history, former director of the American Studies program and founding co-director of the South Side Initiative, a consortium of Lehigh faculty, students, and staff who work with members of the Bethlehem community to share knowledge, foster democracy, and improve the quality of life in the city. Pettegrew died in May 2018, following a long battle with cancer.

Moglen and George are now in discussions with Touchstone Theatre and other institutions to mount a new production of the play next year. “The outpouring of interest – from local schools and colleges, the public library, religious groups and historical organizations — has been moving for all of us involved in the production,” says Moglen.  “The play has touched a nerve.  People in our community are ready to acknowledge the painful aspects of our past — and they are motivated by hope for our common future,” he says.  “If we could abolish poverty in the 1750s, we can create a community today in which all can flourish.”

“To see my academic research transformed into a work of art that that has an impact on the community really energizes me.  Universities and major foundations across the country are expressing their support these days for the public humanities, for projects that make research in the humanities more widely available and more useful to our communities.  Because of South Side Initiative’s long, patient work in building community partnerships, and because of the magnificent community-based work of Touchstone Theatre, I have had the good fortune to participate in just this kind of public humanities collaboration.”