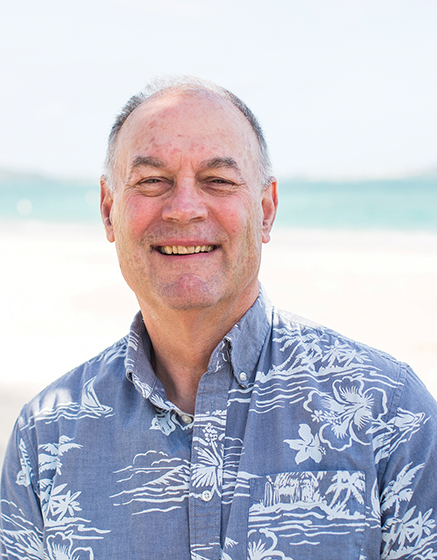 S. Jeffress “Jeff ” Williams ’69G is a strong proponent of understanding Earth systems for environmental protection.  A national and international expert in coastal and marine geology, focusing on understanding the geologic history and processes of coastal, estuarine and wetlands, Williams created a $100,000 endowment in November 2015 to support graduate students in Lehigh University’s department of earth and environmental sciences (EES).

“I favor donating to worthy causes and organizations that have a record of helping protect the environment, educate students needing support and, in general, provide benefits to society, particularly to disadvantaged students of modest means,” explained Williams. “I find that Lehigh meets my criteria, and in addition, the university was very generous to me and I wanted to provide some payback for students now and in the future.”

In recognition of the education he received at Lehigh, Williams established the S. Jeffress Williams ’69G and Rebecca Upton Endowment Fund in Earth and Environmental Sciences to support students and faculty in the department of earth and environmental sciences at Lehigh to advance their research and teaching. The funds may be used for graduate or undergraduate student research stipends and/or travel to professional conferences.

“The S. Jeffress Williams ’69G and Rebecca Upton Endowment Fund helps EES fulfill its mission to educate the next generation of earth and environmental scientists and to advance our knowledge of the solid earth, oceans, atmosphere and life through research,” said David Anastasio, professor and chair of earth and environmental sciences. “This provides student stipend support so that a few additional deserving students can continue their research projects full time over the summer. We are extremely grateful for the continued support from our alumni and friends.Endowment earnings and gifts provide the majority of the EES budget and the means to support student professional travel and research expenses.”

A commitment to the environment

Williams spent 43 years as a coastal marine geologist with the U.S. Geological Survey (USGS) at Woods Hole Coastal and Marine Science Center in Woods Hole, Mass. His research focused on understanding the geologic history and processes of coastal, estuarine, wetland and inner continental shelf regions. He led and participated in more than 80 field studies along the Atlantic, Gulf of Mexico, Pacific and Great Lakes coasts and the Irish Sea and, in 2009, was awarded the Coastal Zone Foundation Award for career achievement in coastal science and the USGS 40-year career service award. In 2010, he was awarded career achievement awards for natural resources research from both the eastern regional director of the National Park Service (NPS) and the director of the NPS, one of only five such national awards presented. Williams has authored more than 350 scientific publications and journal papers and has been a member of more than a dozen high-level national and state science advisory committees.

I feel I got a good foundational education at Lehigh…good classes, individual support from professors, experience in conducting research, critical thinking, public speaking and technical writing.

In 2010, Williams officially retired from the U.S. Geological Survey but stays active writing, performing coastal research as senior scientist emeritus with the USGS in Woods Hole and consulting. Most recently, he completed six years assessing the environmental impacts of the 2010 BP oil spill on the beaches and wetlands for a major land trust in Louisiana. He decided to retire in order to travel, spend time with his son’s family in Hawaii and do some writing about the effects of climate change on coasts.

From an early age, Williams was interested in science, natural history and the outdoors. His parents instilled in him the prime importance of education and working toward a fulfilling career.

“In my spare time growing up, I was always outside exploring the woods and fields and visiting national parks across the country and natural history museums with my family.”

As an undergraduate, Williams attended Allegheny College in Meadville, Pa., earning a Bachelor of Science degree in geology in 1967. He continued his education at Lehigh because he wanted to pursue a Ph.D. in geology, and Lehigh had an excellent reputation for its geology program and staff.

“Lehigh was just about the right size school I was looking for, and they also offered me a much-needed, generous teaching assistanceship that included tuition and a teaching stipend.”

Williams graduated from Lehigh in 1969 with a Master of Science degree in geology and a minor in geophysics and oceanography. Thoughhe was accepted into the Ph.D. program, his career path changed when he was drafted into the U.S. Army. Following induction and basic training, hewas accepted into the Officer Candidate School program and graduated as a 2nd Lieutenant in the Corps of Engineers.

“I spent three years in the Army serving as a research marine geologist at facilities in Washington, D.C., and Fort Belvoir, Va. Being drafted and getting that assignment was not my choice, but it started me into a career specialty of coastal and marine geology.”

Williams thanks Lehigh for an excellent education and preparing him for his future.

“I feel I got a good foundational education at Lehigh…good classes, individual support from professors, experience in conducting research, critical thinking, public speaking and technical writing. I visited there two years ago, and with the new building and staff, the program is solid and likely even better than when I attended. I highly recommend Lehigh when I consult undergraduates looking for a graduate school.”

Williams is happily married to Rebecca Upton, has a son, Derek, and two grandchildren, Solen, age 9, and Aleya, age 6, who live in Kailua, Hawaii. For hobbies, he enjoys reading non-fiction, traveling to interesting and historical places, and owning and showing his two classic cars. He and his wife spend most of the year in North Falmouth on Cape Cod and spend winters in Hawaii.

“I’ve been fortunate to have had supportive parents growing up and be the first in my family to graduate college,” Williams added. “I had a rewarding career as a scientist, serving the public good and benefitting from living in a country that values merit, diversity, equal opportunity and expertise and experience. America is a great democracy, and I’d like for everyone having the drive and character to have the same advantages that I’ve benefitted from.”