Growing up in parched southern California, water has always intrigued Michael Quesada ’16G. Having completed his master’s degree in environmental policy design in August, Quesada used his background in social sciences and humanities to analyze the influence of market theory on the laws that govern the Colorado River Basin.

With a bachelor’s degree in history and a minor in political science, Quesada graduated from the University of La Verne in 2011 and worked for a few years before deciding to explore his interest in the natural world. Today, Quesada is part of the Environmental Policy Design program, which provides an intensive study of the theoretical roots that structure policy related to the environment and how to evaluate policy processes and outcomes. 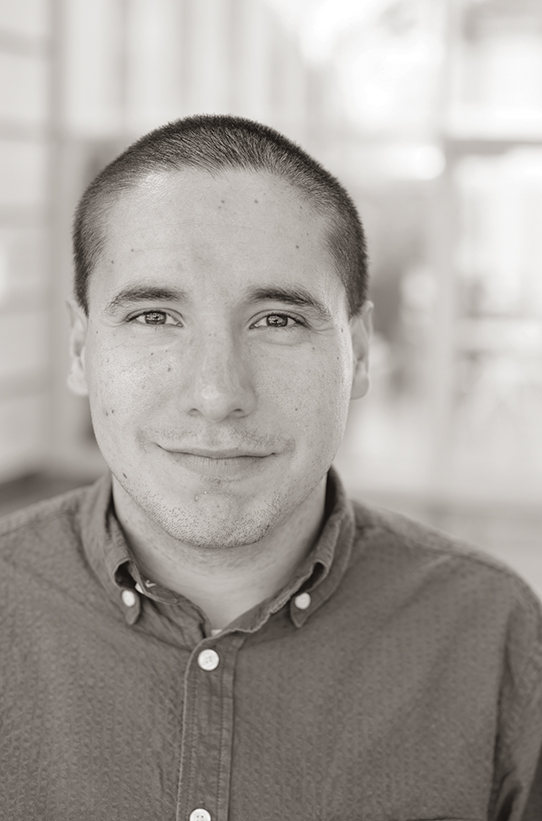 Market theory addresses the use of market presuppositions and principles to allocate and conserve environmental resources. Quesada’s master’s thesis focused on prior appropriation, a specific tactic representative of the broader market strategy that is used by Western states to allocate water. This allocation system determines water rights based on a first-come, first serve basis.

This doctrine reflects market-based assumptions, as it allows the market to control water allocations by viewing people as consumers who engage with one another to convey their preferences. Quesada describes the system as having a hierarchical structure in which those with the most senior rights are guaranteed to receive their share of water first in relation to those with junior rights.

“Historically there has been minimum intervention at the state level because states let the market drive itself,” Quesada says. “This helps facilitate people’s wants, which means those who are able to use the water get it. Others can claim rights to a source, but only after the upper-level population have taken their share.”

Prior appropriation is at the core of the Law of the River. Established in 1922 through the Colorado River Compact, the law now consists of various compacts, federal laws, international treaties, regulations, and court decisions. Quesada examines the effects of prior appropriation to determine the doctrine’s ability to distribute water in a manner that is beneficial to humanity and nature. The theory underlies the practice, he says, so the two must be analyzed together in order to evaluate the system’s success. Research must go beyond the letter of the law and it must look at what the law represents according to Quesada. This is the difference between law and policy design, a concept he says often confuses people.

For Quesada, the “should be” is an allocation system that balances both humanity’s and nature’s instrumental and intrinsic values.

“Lawmakers always push for conservation or technological innovation or increased storage capacities at reservoirs,” he says. “But these approaches are weighed heavily towards humanity’s instrumental needs. We need to take a more balanced approach if we intend to continue using the Colorado River Basin and wish to restore its ecology.”

Increased efficiency is another approach that Quesada dismisses. While it has the potential to increase water supply for all, overpopulation prevents a rise in efficiency; the extra water saved is offset by usage from the increasing number of people dependent on The Basin. In fact, overpopulation is Quesada’s main concern and his research finds it to be the biggest threat to natural resources.

He says that The Basin’s carrying capacity has been nearly surpassed, if not already, as a result of population increase. “You can’t continue to have population growth and still have a sufficient water supply when there’s only a finite amount of it.”

Quesada’s solution is similar to that of China’s: a one-child policy to curb population growth, a solution that he admits is provocative, controversial and highly unlikely to be enacted in the United States. It’s a dramatic change but, he believes, a necessary one. “Our lifestyles have an impact on the earth,” Quesada says. “So we need to make changes if we want humanity to survive.”

But we are our own obstacle, Quesada adds. We have a tendency to suppress what we know is necessary and act on our wants instead. He argues that people make excuses to not make changes by telling themselves that change isn’t critical. Until we acknowledge that dramatic changes are required, any attempt to make them will always fail.

Unfortunately, our water supply is depleting faster than our desire to fundamentally change. Strict, enforceable policies are crucial in making our behavior less harmful to the environment. Quesada questions our ability to change our own behavior, and he says it is one of the reasons he has such a strong interest in policy design.

“We’re not willing to make the improvement ourselves,” he says. “So we need to make policies that will force us to do it.” After leaving Lehigh, this is exactly what he plans to do. “I want to work for a nonprofit organization or a research institute that is focused on crafting policy that catalyzes fundamental change and benefits humanity and nature.” Sincere improvements are important to Quesada because of water’s intrinsic contribution to our well-being and nature. It’s a responsibility that we all share.

Next ›
Seizing Opportunities To Do Good