For months, Katelyn Armbruster ’15 transported the produce from her garden plot to nearby New Bethany Ministries and has delivered hundreds of pounds of food as part of an Experiential Learning in Health grant from Lehigh. 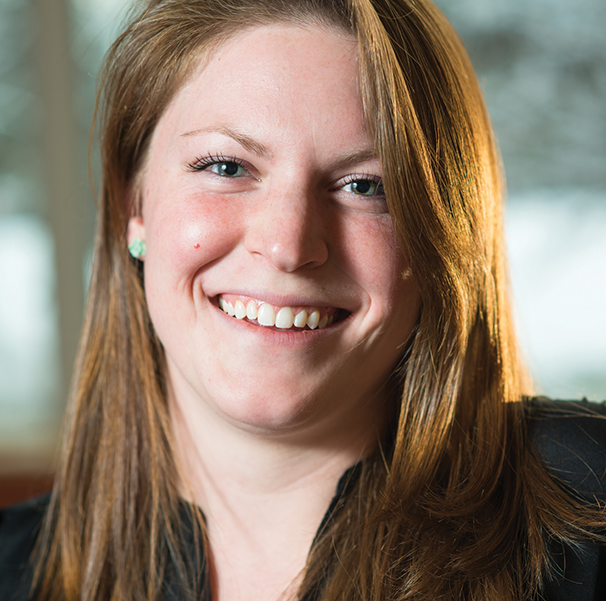 Armed with the research grant from Lehigh, a fervor for helping others and an appreciation for fresh, organically grown produce, Armbruster threw herself into the task of developing a 'Farm to Fork: South Side Bethlehem' program to service community members aided by New Bethany's food bank.

“It was amazing, but things are different there. People are environmentally aware and there aren't many supermarkets. People grow their own produce, bake their own bread and go to the butcher for meat. The lifestyle is so different. After living there for a year, I came back interested in developing a local sustainable agriculture movement. That's where my idea for 'Farm to Fork' came from."

At Lehigh, under the guidance of Breena Holland, associate professor of political science and part of Lehigh’s Environmental Initiative, she developed a plan to start a garden and teach area residents about the benefits of healthful eating. She purchased seeds for more than 65 different types of vegetables and printed information about the health benefits of each plant on cardstock, along with different recipes and preparation methods.

Preparing an organic garden bed, she spent the summer and fall fighting striped cucumber beetles (they nearly wiped out the entire zucchini crop) and implementing her program. When the first crop came in, Armbruster harvested the produce and delivered it to New Bethany's food bank, along with tips for using every part of the vegetable, recipes, nutritional information, health benefits and instructions for washing, preparation and storage. Recipients were captivated by the vibrant colors, and willing to try new foods, even if they were unfamiliar, she says.

“It made me a better gardener. I had to be more in touch with the immediate environment than someone not growing organically. I grew everything I could, including eggplant, peppers, beans, herbs, kale, broccoli, Swiss chard, purple basil, kohlrabi and several different varieties of tomatoes. I wanted people to learn that vegetables don't have to be boring – they can be exciting to cook with or grow in your own garden.”

Part of Armbruster's grant entailed surveying community members about the types of food they typically eat and whether they were facing any health issues. The data revealed a myriad of health problems and a diet low in vegetables. Many of them relied heavily on food distributed by Bethany Ministries, but not fresh vegetables.

“Half of the people I surveyed said they had diabetes, and they were supposed to eat vegetables daily,” Armbruster notes. “But they weren't able to get them every day; maybe at most once or twice a week. I started this project because I wanted to develop a sustainable program that someone could replicate in the future – in Bethlehem or elsewhere. I've received a very positive response, not only from the people receiving the food, but also from the community.”

Armbruster's talent for transforming a barren plot of land into a thriving vegetable garden has not gone unnoticed. Last summer, she was approached by a Lehigh professor to help students in an urban agriculture course complete a laboratory portion, which entailed working in a community garden. Armbruster's collaboration with the students developed into a beneficial partnership and launched the creation of Lehigh's Community Leaders' Initiative for Permaculture (CLIP) club.

Governed by the three pillars of “Earth Care, People Care and Fair Share,” permaculture refers to environmentally friendly and sustainable agricultural practices with an emphasis on helping others. CLIP's motto? “You don't have to leave your community to live in a better one.” The members, currently at 25 and growing, have recently developed educational programming for Bethlehem's local Boys & Girls Club. Next up for CLIP is a mission to establish a community garden on the South Bethlehem Greenway.

“We would love to see a more accessible gardening space for people on the South side of Bethlehem,” Armbruster says. “Building a garden on the greenway would be a great way to create a connection with nature in the city and to bridge the gap between Lehigh and the Bethlehem community.”

Currently studying abroad in Austria, Armbruster hopes to land an internship with an environmental nonprofit organization.

“My ultimate career goal is to work with some sort of non-governmental organization (NGO) or nonprofit that focuses on food,” she says. “I'm really interested in food security and nutritious food stability. I believe that everyone has the right to healthy, fresh food.”