Six months after graduating from Lehigh, Melissa Fricke ’06 began teaching in an African school without doors, windows or seats. Every day students carried benches to class. On rainy days they moved the benches to avoid leaks that turned the floor into a mud carpet.

Fricke vowed to bring educational amenities to Africa that many Americans consider necessities. Nineteen months later, she helped open the first modern school in a Ugandan village, built largely with donations from her hometown. Since then her organization, Better Understanding of Life in Africa (BULA), has radically improved life for youngsters inside and outside the classroom. Fricke's good deeds have ranged from reuniting orphaned and vulnerable students with their families to taking over a children's home from an allegedly abusive director. 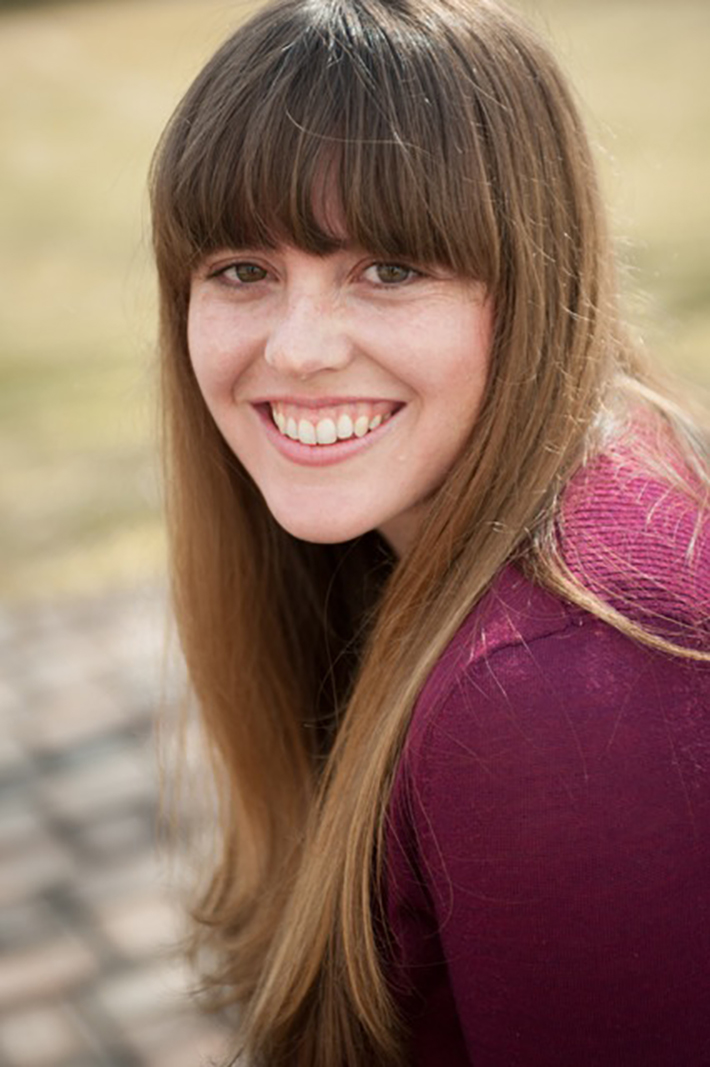 It’s been a whirlwind eight-plus years for Fricke, who runs BULA while managing housing issues for a community-action organization outside Boston. During this time she’s evolved from a volunteer to a role model for inspiring volunteers. To quote a BULA colleague, she is "a quiet storm.”

For years Fricke was just quiet. In high school she was more active in the Girl Scouts than in classes. At Lehigh she was most assertive as a field-hockey player. Yet Chelsea Erdmanis ’06, her teammate and roommate, recognized a budding leader. Fricke, she recalls, ran quickly, advised younger players, dedicated herself completely to sport and squad.

Fricke’s course shifted in the fall of 2005 during the course Ethical Dilemmas in World Politics. True to her laid-back nature, she let peers direct discussions about poverty, torture and genocide. But her conscience percolated.

“My heart just jumped out of my chest,” she says.

Fricke’s heart cartwheeled as she studied Africa’s educational crisis. The international affairs/French major suffered for students handicapped by hunger, ravaged by HIV/AIDS, killed while fighting civil wars. The epidemic prompted her to volunteer to teach in Uganda, to discover “what should and could be done about poverty.”

In November 2006 Fricke arrived in Gganda, a village seven miles from Kampala, Uganda’s capital. Disturbed by the shell of a school, she began planning dramatic changes, moving up the ladder from chairs to doors to a new building. She started her campaign by testing the fundraising waters in her hometown of Blue Point, N.Y. She contacted high-school classmates; her father surveyed neighbors, parishioners and clients of his tombstone business.

Fellow Long Islanders promised to support Fricke’s African project with “a soaring yes.” The first benefit, a dodge ball tournament, took place on her third day back in Blue Point after four months in Gganda. The event, which raised more than $1,300, marked her debut as a public speaker. Back then, she admits, addressing a large crowd was scarier than funding a new school in a poor Ugandan village.

In April 2007 Fricke founded BULA to manage her dream. That December she returned to Gganda to lobby to build a school on property owned by the Roman Catholic Church. Two years earlier she had studied the ethics of world politics; now she received a crash course in foreign bureaucracy and gender bias. Fricke was frustrated by meetings that started four hours late or not at all. She was sidetracked by male officials who doubted that a new school for black Africans could be built by a white American woman. When she introduced them to her BULA partner, a male volunteer at the local orphanage, they thought he was the leader of her project.

Fricke won over skeptics with tenacious humility and visionary common sense. Her trump card was a sensible blueprint from Tom Harrison, an English architect she met through a friend in Kampala. He designed a school with eight classrooms, energy generated by solar panels and running water supplied by a 30,000-gallon underground tank. The entire building would contain bricks made on site with excavated earth, an inspired idea later endorsed by the United Nations.

Harrison was part of Fricke’s own United Nations. On Long Island she raised $70,000 through cocktail parties and cookbook sales. In Uganda she helped build the school with her parents and siblings. Managing the construction was Andrea Procopio, a veteran of repairing and building homes for the less fortunate in Maine.

The St. Kizito Primary School opened in June 2008, coincidentally the anniversary month of its namesake, a 13-year-old African boy killed by a 19th-century king. Since then the school has acquired wings, physically and intellectually. Students eat lunches made in a kitchen on the premises, read textbooks donated by American schools, sharpen their English in an after-hours program. Over five-plus years the number of pupils has jumped from 70 to more than 350. Grades have jumped, too, boosted by better food, better water and better teachers.

One of Fricke’s protégés is Angela Hong, who was 17 when she was hired to teach at St. Kizito. Hong’s youth didn’t matter to Fricke as much as her unusually mature passion and compassion. Not too many teens, after all, raise money for Americans to host African children forced to become civil-war soldiers.

Hong taught art, storytelling and the wise use of school supplies. Instructed by Fricke, she handed out new blue books and pencils only when the old ones were turned in, completely finished.

Fricke still guides Hong, now in her early 20s. “Melissa inspires me and also challenges me to be a better person. She definitely intimidates me because of how much work she has done in playing a pivotal role in these children’s lives. She is a quiet storm.”

Hong is one of Fricke’s many pied-piper partners. After St. Kizito opened, Fricke convinced Andrea Procopio to move into her parents’ house on Long Island. In the basement in Blue Point they plotted to expand BULA outside the classroom.

In 2009 Fricke and Procopio took over a children’s home in Kampala. They worked with police officials—some corrupt, says Procopio—to oust the home’s director, who was suspected of abusing youngsters. Fricke was protected by bodyguards until the director was arrested. Procopio praises Fricke for defusing a potentially dangerous situation with calmness, kindness and toughness. According to the former BULA vice president, one of Fricke’s many skills is “cutting through the crap.”

Last year BULA launched Home at Last, its most ambitious program. Hong, the program’s director, admits it’s been “overwhelming” at times reuniting orphaned and vulnerable children with caretakers they haven’t seen in years. Barriers range from new educational gaps to new siblings, jealousy to fear. Fears have been reduced by evaluations from social workers and reports from students on personal cell phones.

Fricke is particularly proud of the progress of one youngster back at home with his relations. At 8 he was a trouble maker with bad grades. At 14 he’s a good student who speaks up “for what’s right.”

What’s right for Fricke is working with Alternative Care Uganda to resettle and educate former residents of the children's home in Kampala, which closed in November. She plans to build BULA’s second primary school in Namungoona, an “urbanized village” four miles from downtown Kampala. She intends to start raising money in Africa and to secure bigger donations. Over nearly seven years BULA has received over $300,000, mostly from such grass-roots events as Victorian teas and 5K runs to a brewery. Fricke still welcomes gifts mid-sized ($600 for a solar panel) and minor ($1 for a pair of socks). “As much as you need the big money, you also need the small money,” she says. “Small money engages a lot of people.”

“What I do is certainly work, but a lot of it doesn’t feel like work,” she says. “It’s not my job. It’s my life. Nothing seems intangible anymore.” ‹Previous
The Dance of Life
Next ›
Seeing Clearly