HIV/AIDS is a leading factor contributing to health declines in poor nations, where more than 95 percent of the 33.2 million people infected with HIV live. The spread of HIV/AIDS has been especially detrimental to women in poor nations, and this is the focus of research by environmental sociologist Kelly Austin. 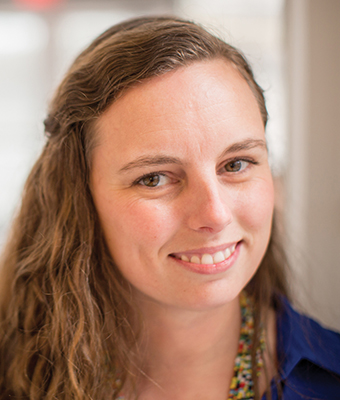 Assistant professor of sociology and anthropology, Austin looks at how environmental change is influencing trends in infectious disease. She argues that ecological losses are closely linked to hunger and health challenges in poor nations, and these issues are tied to female HIV and lower life expectancy among women. Her research provides a more detailed picture of the connections between environmental degradation, malnutrition, health resources and health outcomes.

“For some diseases, like malaria, it’s direct,” says Austin, who is also director of the Health, Medicine and Society program. “Environmental change is creating more mosquito habitats, which are directly leading to more malaria. Ecological losses also indirectly affect diseases such as HIV. I’m finding that in countries where there is intense environmental degradation, there tend to be high levels of HIV, especially among women.”

In collaboration with Laura McKinney at Tulane University, Austin analyzed the direct and indirect effects of ecological losses on female health in a model of 136 less-developed nations. The number of women infected with HIV has increased dramatically in recent years. In 2013, the World Health Organization reported that young women in less developed nations are about twice as likely as men to become newly infected.

The factors leading to greater likelihood of contraction are complex, but Austin says gender differences play a critical role. Women tend to be the ones who grow the food, collect the firewood and find clean water. When women cannot satisfy their household duties due to resource scarcity or degradation, they travel longer distances to secure food, fuel and water. When they are unable to find these resources, their household is compromised and they are more likely to engage in transactional sex, trading sex for items like food. Women’s needs for such basic necessities are characteristically secondary to men’s, making them disproportionately vulnerable to malnutrition and associated declines in immunity when food and water are scarce.

Efforts to stem the spread of HIV/AIDS in less-developed locales may benefit from focusing on women and addressing the root causes of their increased vulnerability to death and disease, which Austin and McKinney have shown to be closely linked to environmental conditions. Austin notes that women’s status is also profoundly tied to reducing HIV and promoting longer life expectancy for women. Future research should examine the potential relationships between women’s status and treatment of the environment, she says, as evidence suggests improvements in one area has positive, ripple effects on the other.

“Looking at climate change and environmental influences is where we’re headed in terms of health,” Austin says. “In the last 10 to 20 years, we’ve had this great awakening of the social determinants of health. We’re thinking about how social inequalities, like race or employment status, are affecting health. We need to have the same awakening with environmental factors.”